The attacker, according to ISIS’s AMAQ news agency, was “a soldier of the Islamic State,” and that he “carried out the attack in response to calls to target the citizens of the coalition countries.”

Believe it or don’t but don’t suggest this is a message of hate and don’t attack your neighbour about it during the discussion. We are BLESSED to live in a City as diverse, tolerant as ours. One that is socially and emotionally mature enough to discuss the truth and that is what we should be doing. Currently not many Cities on earth are capable of doing so.

This is bigger then how we FEEL about the information or a specific word. We must focus on the relevance and meaning of the information we are receiving and what it means moving forward for the development of public policy.

What is frightening thus far is the tight control of the story line. We aren’t talking about it we are being TOLD about it.

If this indeed was a terrorist attack (it certainly was a an act of terror directed at a specific community) then the scariest thing about it is how our politicians and media are responding to it.

If it is not a terrorist attack we still have to move forward in truth and deal with the specific shortcomings of the laws currently in place regarding ILLEGAL gun sales, boarder control and shootings along with addressing parental and care giver liability for those in their care.

A PR Person with links to the islamic brotherhood drafted the mental heath narrative running in the media.

The gun was acquired illegally and another gun was found when the home was searched.

The suggestion that banning handguns and licensed firearm ownership will fix Toronto’s gun violence is a lie. The statistic that 50% of the guns used in crime were sourced in Canada is a lie.

THE REAL NUMBER FOR GUNS USED IN CRIME IN CANADA IS 15% and that stat does not differentiate between restricted fire arms (hand guns) and none restricted (rifles).

Former City Councillor Adam Vaughan tried to pass a similar motion after the Eaton Centre shooting in 2012 and if failed.
Look at the quote below in relation to the proposed 2012 ban:

“Ontario Premier Dalton McGuinty said that he supports a handgun ban, but that it’s a federal decision.”

Why was the motion even brought up in the media or at City Council. How many days a year does council sit to discuss motions? We burned 3 days discussing a federal issue and pages and pages of news papers wasted on this bullshit narrative when we could actually be discussing real options.

Our City councillors and Mayor knew they would receive media coverage with the hand gun ban narrative. It’s a cookie cutter play right out of the Liberal oven. No work or thinking required. Good sound bite and photo opportunity.

SINCE 2012 THERE HAVE BEEN 1,852 SHOOTINGS IN TORONTO. Our politicians are happy to use these incidents for camera time, grandstanding, and pushing the ideologies of their political party but can’t figure out a way to effectively reduce illegal gun crime?

Canada’s political ideologies are killing Torontonians. We have a unique responsibility in Toronto due to our freedoms, diversity, emotional and intellectual maturity to REALLY discuss this matter and apply laws that directly address the issues.

1. Illegal Gun Trafficking and Violence
2. Accountability for family members and care givers for those suffering from violent mental health
3. How the province and federal government monitors and subsidizes those with violent mental health issues.
4. Turning the community into a source of information via rewards for arrests and convictions of in Illegal gun ownership and use.

It is a global responsibility and we can be an example. It is the every day citizens of this City that must lead this process as the politicians are too busy posing for the camera and pushing an agent while we loose friends and family.

Please don’t say anything hateful on this page or in the comments. Take a moment – breath and consider that the person you may be arguing with would likely pull you out of car that was in an accident or help you up if you slipped and fell.

Now if you want to know more please have a listen to the podcast below:  As is prudent with any source of information please do your own due diligence. 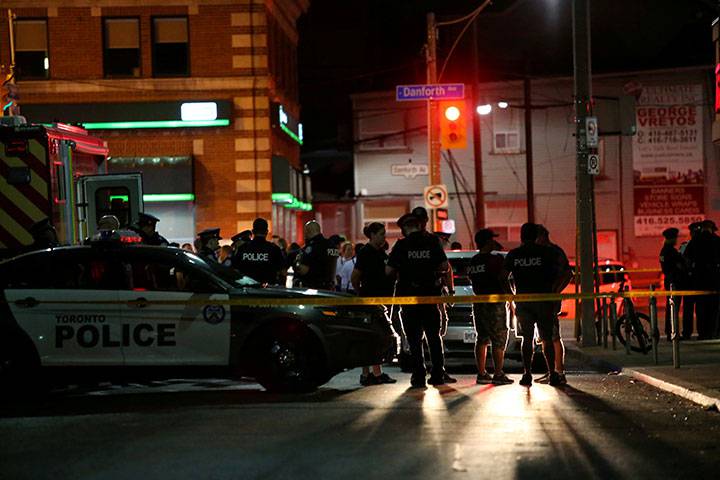